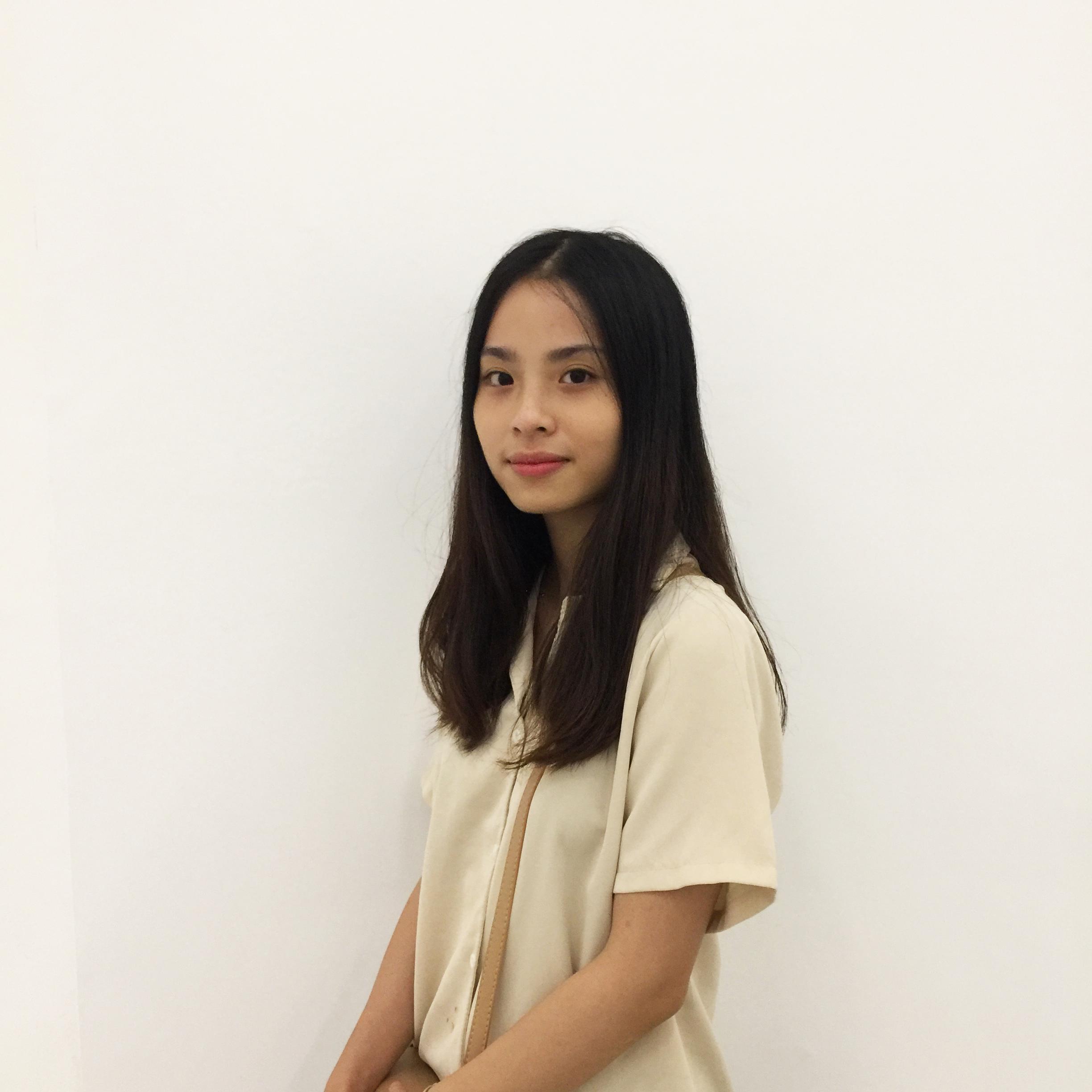 With the continuous increase in competitor numbers, today’s brands are doing more than ever to capture our attention.

Every marketer understands the power of successful campaigns to directly stir customers’ emotions up, hence influencing their buying decisions.

However, the world of marketing campaigns is so far more complicated than what we thought it would be, especially in such a heavily saturated and intensely competitive market.

This post compiled the best marketing campaigns that can give you incredible inspirations for your up-coming fantastic campaign ideas.

There is no doubt that Lego is such a dominant and irreplaceable part of the children’s toy market. Thanks to their successful film series and magazine franchises, it’s not exaggerating to say that Lego is put front-and-center-in kids’ minds.

Lego used to champione creativity power with its first brand campaign in 30 years. Launching on 17 September, their campaign delivered a new message to everyone - “Rebuild the world.”

But, this campaign doesn’t center on kids playing with toys and show their creativity via legos only. Lego vice president said: “We have proven ourselves in the toy industry, and now it’s about more than toys.”

What Lego did on their campaign:

With Lego, their customers are not only kids but also their parents. That’s why putting social issues can make them feel more comfortable buying products from a brand sharing what’s important to them.

This is not a new name in the fashion world. Uniqlo is an innovative Japanese apparel brand. With over $20 billion in 2019’s revenue, Uniqlo has proved its influence as one of the world’s 3 biggest clothing retailers, besides Zara and H&M.

Uniqlo ran a campaign on Tiktok at its center hashtag “UTPlayYourWorld”, which made it one of the first brands to leverage Tik Tok.

What’s special about Uniqlo’s campaign is that it actually was a competition that aimed at leveraging user-generated content instead of story video like Lego.

The brand chose winners with the most exciting video content from each country and region, then posted these videos on the monitors in Uniqlo stores as well as social media.

To join the competition, consumers had to:

What Uniqlo did on their campaign:

Popeyes is a well-known chicken fast-food chain around the world that came out with a new chicken sandwich. With the intention to capture more attention to this new product, they started a campaign called Chicken Sandwich Wars.

Unlike Lego and Uniqlo, Popeyes’ campaign was launched on one of the biggest social platforms at the moment - Twitter. Everything started when Popeyes retweeted one post of Chick-Fil-A, which is a Popeyes’ competition, with the response: “y’all good?”.

While Chick-Fil-A did not respond to the retweeted post, many other restaurants joined like Shake Shack or Wendy’s to boast about their own chicken sandwiches.

What Popeyes got via the campaign:

The only thing that Popeyes did was to raise the debate between 2 sandwiches. And subsequent media attention helped to drive more awareness as well as demand for Popeyes’ new sandwich for the consumers.

Social media users used to buzze about a bizarre plan to raid Area 51. This is a highly classified government base that conspiracy theorists say is the home of testing extraterrestrials.

This is an excellent illustration of how a brand could take advantage of trendy topics or referenced news to generate excitement, customers’ engagement, likeability as well as brand awareness on social platforms. This is just one of Oreo’s famous campaigns that apply newsjacking strategy.

What we could learn:

At the end of February 2019, right before International Women’s Day, Nike launched an influential marketing campaign spinning around women’s rights.

Nike always builds its brand image around concepts of strength, power, adaptability, and continuous change from the start.

The ideal behind the name Nike set for their campaign - “Dream crazier” is to remind people to challenge stereotypes and stand for women empowerment.

The commercial used in the campaign illustrates the process that those “crazy women” overcame their life challenges to live like whatever they wish to be.

The video successfully gained over 50 million views across all social media platforms and hundreds of thousands of comments.

What could we learn:

CVS Pharmacy is known as one of the largest beauty retailers in the world. When this drugstore giant noticed a fall in their sales, they set out to discover the real thoughts of their target market, the reasons for the change in needs, and sales decrease.

Then they released the women are tired of the unrealistic beauty standards that are perpetuated by retouched ads.

What CVS Pharmacy did:

They also claimed that by the end of 2020, all of their in-store images would be watermarked so that customers could know whether or not these images were digitally altered.

This commitment to transparency sets the tone for CVS’s relationship with customers, helping them form emotional connections with their audience through honesty and trustworthiness.

Huge company with a long legacy of experience in the fast-food industry, McDonald’s indeed understands the late-night fast food carvings of their customers.

Based on that insight, this fast-food giant crafted a marketing campaign that was extremely successful in Singapore.

What McDonald’s did on their campaign:

When it comes to travel ads, you probably think about the images of blue skies, gorgeous beaches, and smiling faces.

That’s not what China Airlines did for their That Travel Brings You campaign. Trying a different path from other competitors, the brand chose “souvenirs” to be the central element of their campaign. Those “souvenirs” are what people take home after a trip.

What China Airlines did on their campaign:

The commercial quickly went viral because it illustrated uncomfortable truths to light but in a very dedicated way, making their spot relatable, real, and different from others.

Gillette released a purpose-driven campaign with the name “The Best a Man Can Be”. The brand turned it into an introspective reflection on toxic masculinity.

If China Airlines used uncomfortable events after the trips to be different, with Gillette, their ad serves as a rallying cry for equality. When the #MeToo movement spread globally, and the topics around equality were highly concerning, Gillette grabbed hold of that momentum and put it on their campaign commercial.

What Gillette did on their The Best Men Can Be campaign:

Besides, it also plays on the feeling that men want to be better but still don’t know how. And give their own advice - “it’s only by challenging ourselves to do more that we get closer to our best”

The brand aimed at its audience, mostly men, and conveyed meaningful content via their ad and garnered 4 million views within 48 hours.

As a result, this creative ad campaign creates polarising responses. Some praised the ad for its different and meaningful message, while many others felt it was quite anti-men.

The New York Times used to launch a purpose-driven campaign called “The Truth is Worth It,” which illustrates a journalist’s arduous journey investigating a well-hidden truth.

The Truth is Worth It is a series of 5 short films created by Droga5 for The New York Times. Each video followed the footage of an investigative journalist to Myanmar to discover the truths of hardest-hitting topics like immigration, climate change, and international conflicts.

Despite those are not light topics, everything under the camera was handled expertly. From the shaky footage to the quick appearance, all the scenes worked well together to emphasize the relentlessness of the reporting process.

What The New York Times did on their campaign:

Beyond the basic: 7 components of effective marketing campaigns

Running a successful campaign involves a lot of factors. It’s not just about having a good content idea or massive follower numbers. One wrong step can turn a potential campaign into a disaster.

Here are 7 components you should consider to make your marketing effort worth it in any campaign:

Do you have any projects in mind?

Most brands discussed in this list already have their own reputation in different markets. And of course, these well-known campaigns were indeed not their first ones. That’s why you should not feel discouraged even if your first campaign didn’t go with good results.

We hope you can make your content better and more engaging with all the above successful examples. When you own a fantastic product and a great idea, it’s just a matter of time before your campaign will be listed here!

As a content executive at Mageplaza, Mia Hoang understands the value of content marketing lies in the engagement between the customers and companies. Her wish is to bring a unique voice, different perspectives, and new light for every audience.